The Golden Age & The Silver Girl 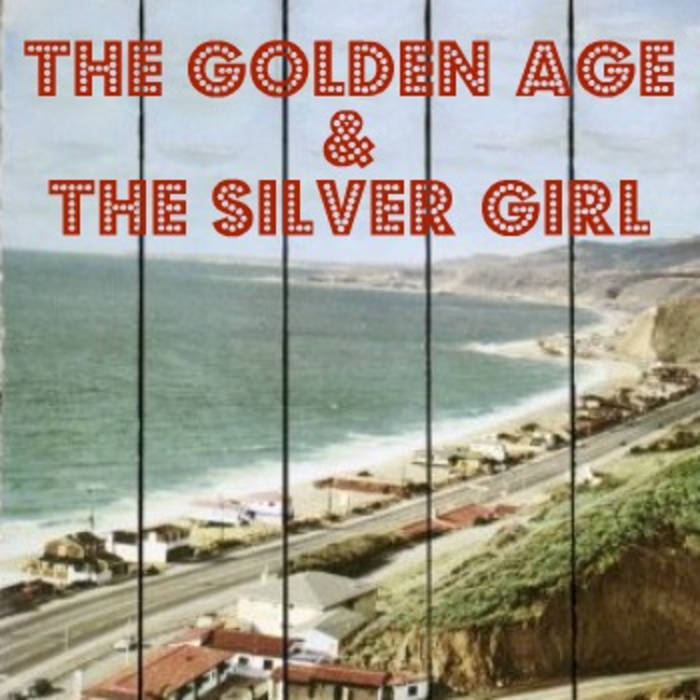 Curly Jefferson Amazing, amazing, amazing. Love songs, pure and true. Tyler Lyle is quickly becoming one of my favorite songwriters. Favorite track: I Will Follow Love All The Way Home.

Aaron Miller If you ever think you might write a great heartbreak album, listen to this and give up any hope you ever had. This is the standard. Incredibly written and arranged with a perfectly fitting low-fi sound. There are no sufficient superlatives to communicate this album's quality. Favorite track: I'll Sing You A Song.

JAM606 The songs all sound like the cover looks! 7/10 Favorite track: The Golden Age & The Silver Girl.

All these songs deal with a girl. One girl. Every girl. It's a theme album. It's a break up album. It's less of a "let's put this out there because people will like it" album, and more of a "I feel so intensely that I don't know what else to do but bleed onto a word processor or napkin or tape machine" album.
The focus is singular. It's a dialectic- all sung in first person narrative. The songs were written during the lifetime of this particular relationship, or in the aftermath of it, and they were recorded hastily in Joel Seibel's bedroom two days before I boarded a plane to Los Angeles.

Tina Harris and Ken Rose co-wrote the song "Anyhow..." with me in early April while in Paris. It was my first experience writing with songwriters who have been writing longer than I have been alive. The focus and intention sprouted on the metro the night before, and it was as honest of a song as I've ever written, but Ken and Tina were there as wise editors who tested and challenged every decision. The song is shared with them.

As for the the girl, let me first say that this is yet another example of why someone should never date a musician. Like most people, I'm almost completely full of shit. A few years ago, I wrote and played a break up song about a girl I had been dating at a venue in Atlanta, and that girl was in attendance (the song was Cypris). I asked her after the show what she thought about the song, and she was in tears (and not the good kind). I can be very dense and short sighted, because I think sometimes that everything is permissible in song land. So, to the girl wo inspired these songs, I say: I'm sorry I exploited our story for financial and creative gain. Maybe the better thing would be not to release it at all.

Still, on another level, I think that it's foolish to represent this as just "my" story. The inebriation and longing and despair are stitched into our skin and sinew and internal organs (so i'll sing us a song, because it makes me feel better). Romantic love and loss are probably the most present physical manifestation of the richness and poverty of God that we can find on earth without having to look too hard (we can't all be mystics or monks or students of psychotropic drugs). These stories about love or it's counterpart have been merged into the collective firmament like foot traffic presses the gum on Hollywood Boulevard onto plaques of dead comedians. They are as much a part of us as we are.

So, A.B. if you listen to this (which I selfishly hope you don't)- know that I know that this is my story and not the story. In the lightening of the moment, these were the etchings. They are imperfect and the editor in me recognizes how many half truths are contained within them. That is the lie that hides behind created things. But it's also what gives it meaning. Our true selves are hidden from us (remember?). The word that is spoken is not the true word (remember?). Or maybe it helps to remind yourself that I'm completely full of shit (which I am).

I was going through a preoccupation with the fear of dying alone during the past months, so this is also a bit of a commentary of my journey through that. You can't separate the good from the bad in life, and you can't separate the actor from the chorus. If anyone wanted to write an essay on the hints at a phenomenology of death in this album, I'd be interested to read it.

As of today, I'm officially a resident of Santa Monica, CA three blocks north of Venice, a million miles from where I thought I would be. I'm looking out a window of a cafe onto Main Street- two blocks from the Pacific Ocean and the sun is shining.

Marina Abramovich says that the artist stages his pain so that he can liberate himself from it. I tried that. I say that we find ourselves in spite of ourselves, and the answer comes on its own, without fanfare- on a walk to East Atlanta Village with an icecream on a fall day, or a sunset on the Seine, or a hotel room in Austin, TX, or a midnight drive through Malibu because the ghost in your room in Laurel Canyon won't let you sleep. Or at a cafe on Main Street- two blocks from the Pacific, and the sun is still shining.

Thank you for listening to my songs.

Joel Seibel, Thomas Lockwood & Tyler Lyle played all the instruments on the album-Thomas played the most- Molly Parden (mparden.virb.com) sang backup on Winemaker's Love Song and California. Joel Seibel engineered it. Joel and Thomas produced it- with minimal input from Tyler (which was mainly "could you turn the vocals up" or "the banjo is stepping on the vocals" or "the vocal level sounds good until all the instruments come in, then the vocals are too soft").